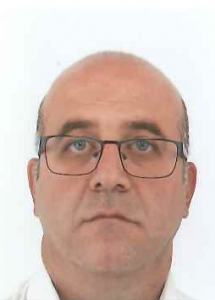 Umut Ergezer was born on 26 February 1974 in Turkey. A graduate in Political Science and Economics and expert in international trade, he joined the Secretariat of Turkish Private Sector Association in 1997, in which he served as Chief of Section on Company and Industrial Affairs dealing with trade, anti-trust, WTO issues, and EU-Turkey Customs Union Agreement until 2001. Between 2001 and 2011 he worked for the European Commission at its Delegation in Turkey as Trade Officer and Deputy Head of Section on Trade, Economy and Agriculture directly responsible for monitoring the implementation of EU-Turkey Customs Union Agreement. Later, Ergezer joined CEFTA Secretariat in 2011 as Technical Expert for customs and rules of origin. He was tasked to develop CEFTA Trade Facilitation Agenda which has then turned into CEFTA Additional Protocol 5 on Trade Facilitation adopted by CEFTA Parties in May 2017. He moderated the negotiations of AP 5 between 2014 and 2016. Ergezer actively contributed to the drafting of SEE 2020 Strategy and the Multi-Annual Action Plan for Regional Economic Area in Western Balkans. He served as Acting Director of CEFTA Secretariat between September 2015 and May 2017. He is currently Senior Expert for Trade Facilitation in the CEFTA Secretariat.